It is somewhat problematic for me on the eve of our National Day, that Australia does not have a national cocktail.

Plenty of countries don’t have one. Most don’t in fact. And in spite of the centrality of the cocktail to our very existence here at Shake, Stir, Muddle, I will acknowledge that not having a National Cocktail seems to be no impediment to successful nationhood.

However. What are we here for if not to grapple with the important questions?

As the calendar rolls around to January 26 and I stare lovingly at my cocktail cart, I’m struck by the difficulty in coming up with a truly National Cocktail, one that we can all embrace and agree upon as being quintessentially Aussie. True Blue, Fair Dinkum ‘Strayan.

Like this cockatoo on a Hills Hoist, drinking Bundy and Coke out of a can. Very Australian.

And why should I expect it to be simple? We can’t seem to actually agree as a nation that our national day should be one that includes everyone – like January 1st, which in 1901 was the day the States of Australia came together to form the Commonwealth of States that actually is Australia as we now know it.

Or May 8, which cleverer people than me worked out actually sound like “Maaaate” when you say it right, and what’s more Aussie than mate?

Rather than, you know, choosing to stick to the day that was the start of what even the most euphemistic of historians would agree was a genocide, and thinking that we should all just happy up and not worry about shit like that.

We’re in such a lather about it in Australia that even writing that last sentence will likely lead to an exodus of sorts from some subscribers who want me to just shut up and wrote about cocktails and George Michael.

But the entire point of Shake, Stir, Muddle is to bring us together over cocktails and good conversation. We’re a virtual cocktail party and everyone needs to have a good time.

So all I’m asking is that given the world is in such a shitty state that the Doomsday Clock sits at 2 minutes to midnight – the closest it’s ever been to midnight – maybe now’s the time to consider having the party on another day, one that makes us all feel good about Australia. One that gives us all a reason to raise a glass in good humour and have a bloody good time celebrating Straya and everything Strayan.

And that cocktail? What should it be?

Well I started with rum, since our early Colonial history was just awash with rum and we even our earliest political coups involved the sugar cane based spirit.

Except it wasn’t. The Rum Rebellion – the only successful armed takeover of a Government in our history, incited in part by John MacArthur’s continuing desire to make illegal booze, an event which occurred on January 26 1808, further reason to make another day our national day lest we encourage bootleggers to march down to Canberra and oust the Government forcibly (hmmm, hang on…nah, elections are better) – referred to rum in a more generic sense. It wasn’t like the dark or white rums we now know, it would more likely have been a grain based hooch, probably not terribly good but definitely highly-alcoholic. And before Netflix, that was super-important. 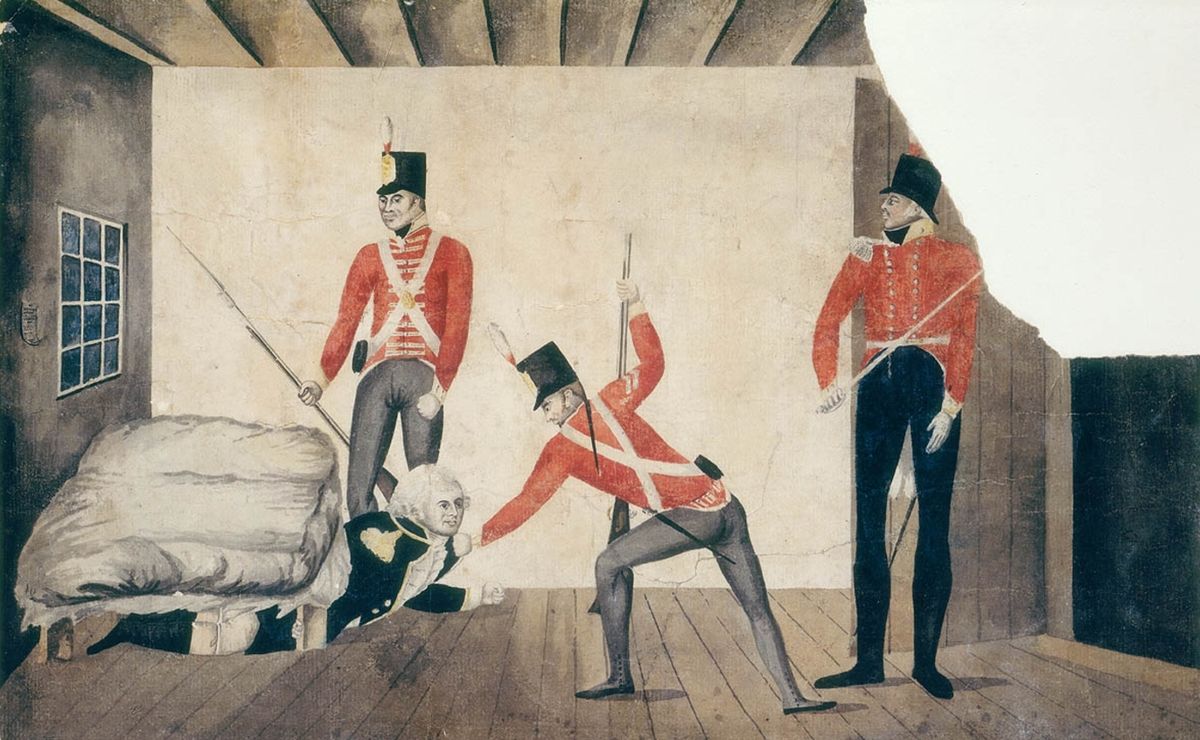 Anyway, I grew up in Queensland and back then all rum was dark rum. There was Bundaberg Rum – Bundy – or Beenleigh Rum (from Australia’s oldest distillery which, when I grew up in Queensland, used to be called the “Beenleigh Rum Distillery” but sometime in the recent wanky past was renamed “Beenleigh Artisan Distillery”, a move I do not consider to be a great leap forward) which were Strayan and therefore equalled rum. And there was Bacardi, which we didn’t really know was a rum, we just thought it was Bacardi and know that it was foreign and therefore for people who were up themselves.

So I started with dark rum.

I rejected all commercially-available fizzy soft drinks as an accompaniment because the only ones I could think of that were Australian were Kirks Creaming Soda or Ginger Beer. Now there are plenty of fancier (and more delicious) ginger beers now available, all made in Australia from Australian ingredients, but since Bermuda has the Dark and Stormy (rum and ginger beer) as its National Cocktail, it seemed foolish to so blatantly copycat that.

In spite of the prevalence of pineapples in the north of the country, I also rejected tropical fruits and juices because it seemed much more evocative of the Caribbean than Cairns.

I considered taking Dick Bradsell’s Espresso Martini (which, just a reminder, Dick did NOT want his cocktail to be called) and adapting it for the occasion – using rum with black coffee and adding a little sugar cane juice from North Queensland. Surprisingly it was actually ok. And in some ways, a credible option as our National Cocktail since in World War 1, the soldiers apparently had a slug of rum in their morning beverage before charging by the thousands to their deaths under foreign command in Gallipoli.

But we have ANZAC Day which commemorates that. And the Gunfire Breakfast – a pre-dawn beverage with a belt of booze in it – is traditionally consumed before heading to the Dawn Service which is the most solemn and beautiful event on our National Calendar and marks an important step in the maturing of this country as an independent nation (albeit one who still needs the Queen to approve our Head of State rather than being grown-ups who can choose our own) and shouldn’t be lumped in with a day that should just be massive celebration like Australia Day.

And it was tea, not coffee.

So I’ve gone old school. I’ve swapped out the whiskey in an Old Fashioned and substituted rum. Used our own cane sugar and local bitters, served with a twist of orange. It glows red like Uluru at sunset, tastes like a party and for as long as it continues to be served on January 26 is, like its namesake, a bit Old Fashioned.

I call it the Straya.

One critical thing though. To make the Straya truly Strayan, and truly deserving of being served on January 26, you will need to steal all the ingredients.

After all, stealing is just what we’ve done on January 26. Since 1788 anyway.

Enough chat, where are the drinks?

Oh Mojito, is it cold?

That’s what she said (and him too)