Spring is springing in Sydney so thoughts invariably turn to cocktails.

This week, another Dick Bradsell classic, the Bramble.

Bartender extraordinaire Dick grew up in England and had fond memories of his childhood on the Isle of Wight where apparently one can hardly turn around without being snagged by a blackberry bush in the “warmer” months.

Despite a largely blackberry-free childhood, I now know – thanks primarily to Peppa Pig – that blackberry bushes are thorny and reaching the berries requires care.

Fast forward to sometime in the late 1980s and Dick was running the bar at  a swanky Soho private members’ club frequented by the likes of Boy George (fun fact: Culture Club’s Jon Moss was my choice of husband before I discovered George Michael – it was also never going to work out), Neneh Cherry, Naomi Campbell (of course) and Siouxsie and many of her Banshees. 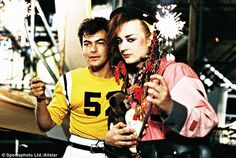 Anyhoo, Dick wanted to create a truly British cocktail and invented the Bramble (one of more than 30 cocktails he invented before his untimely death in 2016).

Shake 60mLs of gin, 30mLs of fresh lemon juice and 15mLs of sugar syrup and pour over a glass full of crushed ice (definitely crushed, which we know is not my favourite, but must be crushed – you can use a rolling pin to bash some ice cubes in a clean tea-towel to make it at home), then trickle 15mLs of crème de mure over the top.

It’ll wend its way slowly down through the ice in a manner that will allegedly remind you of dodging through brambles – that’s why it’s gotta be crushed.

Garnish with fresh blackberries and enjoy.

If you prefer, you can mix up a Wibble (so named by Bradsell after the 1970s toy, the Weebles, because he said “a Wibble might make you wobble, but you won’t fall down.”)

Quick info break 1: Sloe gin is a red liqueur made with gin and sloe (blackthorn) drupes, which are a small fruit relative of the plum. A drupe is a stonefruit. You soak the fruit in the gin. It’s nice and gives you an excuse to sing The Pointer Sisters Slow Hand as you serve it. Who doesn’t want a lover with some Sloe Gin? 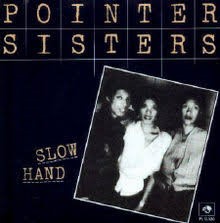 Quick info break 2: Crème de mure is a crème liqueur. Crème liqueurs contain no cream. Liqueurs with cream (Bailey’s Irish Cream, Amarula and the like) are called Cream Liqueurs. Crème liqueurs contain LOTS of additional sugar which makes them syrupy. Serving one gives you an excuse to sing the UK’s longest running One Hit Wonder, which tomorrow turns 49, The Archies’ Sugar Sugar (no, that’s not me on keyboards, that’s Veronica).

There are lots of crème liqueurs, and if blackberry ain’t your thing, you can substitute Chambord – a French raspberry liqueur – and hey presto, you’ve made yourself a Ramble instead of a Bramble.

Then, of course, you can sing Ramblin’ Guy and sort out your guests by seeing who knows what you’re talking about when you try to get them whistling.

Or, just to prove that Dick wasn’t as much of a wanker as the patrons of some of the places he worked in, he said you can quite effectively substitute Ribena for the crème de mure and still call it a Bramble. I’m a little conflicted by this since I don’t like wankers or Ribena, but you make up your own minds.

In fact I’ve recently been saved from having to think too much about that decision by the Chief Distiller at Sydney’s Buffalo Vale (makers of this very good gin which I paid for and can therefore say whatever I please about), when he served me a Korean Bramble which although not Australian, seems more appropriate since it’s from our neck of the woods.

It’s a Bramble, with the crème de mure substituted for Bokbunjaju, or black raspberry wine.